Skip to Main Content
It looks like you're using Internet Explorer 11 or older. This website works best with modern browsers such as the latest versions of Chrome, Firefox, Safari, and Edge. If you continue with this browser, you may see unexpected results.

This Guide exists to support Wheaton faculty members in the process of completing and possibly publishing their faith and learning paper/project for tenure and promotion. The site will also be useful to researchers and administrators who want to explore the literature on the topic of Christian faith and learning with an emphasis on integration. Professor Greg Morrison maintains this resource and welcomes suggestions and comments.

(November 2021) This new faculty development initiative seeks to identify strategic Christian scholars who can serve as resources for the strengthening of Wheaton College faculty members in their commitment to the integration of faith and learning.  The Faith and Learning Program will seek ways to connect Wheaton College faculty members to Faith and Learning Fellows, especially through on-campus events.  The following exemplary Christian scholars have agreed to serve in this role: 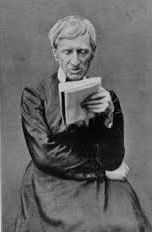 "Summing up, Gentlemen, what I have said, I lay it down that all knowledge forms one whole, because its subject-matter is one; for the universe in its length and breadth is so intimately knit together, that we cannot separate off portion from portion, and operation from operation, except by a mental abstraction; and then again, as to its Creator, though He of course in His own Being is infinitely separate from it, and Theology has its departments towards which human knowledge has no relations, yet He has so implicated Himself with it, and taken it into His very bosom, by His presence in it, His providence over it, His impressions upon it, and His influences through it, that we cannot truly or fully contemplate it without in some main aspects contemplating Him." - John Henry Newman in The Idea of a University (1854)

“There is not a square inch in the whole domain of our human existence over which Christ, who is Sovereign over all, does not cry, Mine!” - Abraham Kuyper, Speech at the Free University, Amsterdam (1880) 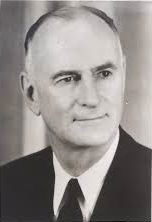 Regarding integration in Christian education: "It is the living union of its subject matter, administration, and even of its personnel, with the eternal and infinite pattern of God's truth. This ... is the heart of integration and the crux of the problem. For problem it is; let us make no mistake about that. In fact, it is not the slightest exaggeration to say that this matter of integration, or uniting the parts into a living whole, is the problem of problems, not only in Christian education but also in all other education as well." - Frank Eby Gaebelein in Pattern of God's Truth (1954)

"Integration is concerned not so much with attack and defense as with the positive contributions of human learning to an understanding of the faith and to the development of a Christian worldview, and with the positive contribution of the Christian faith to all the arts and sciences. Certainly learning has contributed from all fields to the church's understanding and propagation of its faith, from the early church to the present day, and the Christian college can contribute signally in that way. But it must also grasp what is not as often recognized, that faith affects learning far more deeply than learning affects faith." - Arthur Holmes in Idea of a Christian College (1987, rev. ed.)