The scientific literature is the collective body of knowledge that has been published since the beginning of modern scientific practice in the mid-17th century. The literature is truly vast, containing hundreds of millions of documents in all kinds of formats and languages, on every topic imaginable.  The literature's growth is exponential - one study estimates it doubles in size every nine years- meaning that the vast majority of articles out there have appeared in just the last few decades.

The literature is both produced and consumed by scientists who use it to inform their own research, which is then in turn reported for others to use. This is called the Research-Publication Cycle, an endless loop of discovery and learning (moving counterclockwise in this diagram) and knowledge dissemination (moving clockwise). 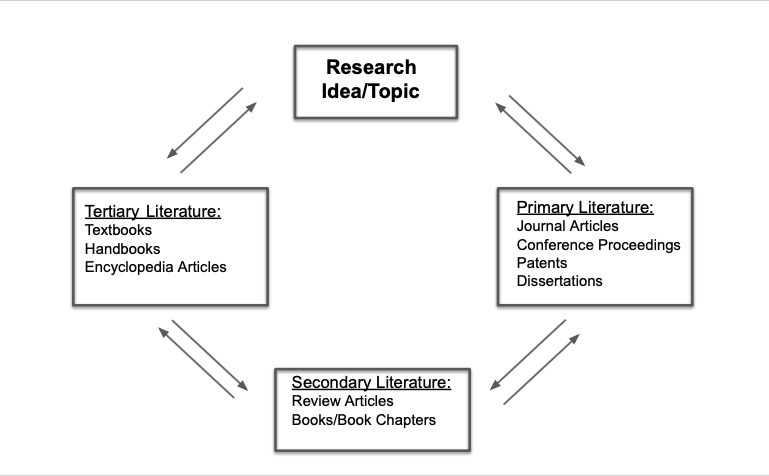 Articles in scientific journals are written by and for experts, not for beginning students or the general public. Since the authors assume their readers have some advanced knowledge on the subject, reading and understanding these articles can be a bit of a challenge at first when you don't have that expertise. But with a little practice you'll soon learn how to intelligently scan an article and extract the information you need. You don't necessarily have to read it start to finish, and you don't need to understand every little detail. Experienced scientists skip around:  they might scan the Experimental and Results sections first, and if those are interesting move on to the conclusions and introduction.

For more tips check out this guide from the Royal Society of Chemistry:  How to Read a Journal Article