Skip to main content
It looks like you're using Internet Explorer 11 or older. This website works best with modern browsers such as the latest versions of Chrome, Firefox, Safari, and Edge. If you continue with this browser, you may see unexpected results.

Choosing your search terms and combining them into a logical query is a critical step. If you do this poorly, you'll get poor results. Databases are only as good as the questions you ask them!  While search engines like Google do best with strings of words, other more structured databases can offer you more refinement.

The first thing to do is separate your question into its component concepts. Say you're looking for a procedure to synthesize Tamoxifen using a diborative reduction of an alkyne. That's two distinct concepts:

Naming chemical compounds is very complex and often difficult to understand. A given molecule might have dozens of different names including common, generic or trivial names, trade names, in addition to systematic names, such as IUPAC-style names.  Any of these names can be used throughout the literature, causing confusion. The same confusion can complicate a literature search. As a general rule, it's best to avoid using a chemical name as a search term, unless the name is almost universally recognized and widely used.  But beware, because even if the name is universally recognized, you'll still miss some articles.

Tamoxifen is an organic molecule often referred to in both the scientific and popular media. Its structure looks like this: 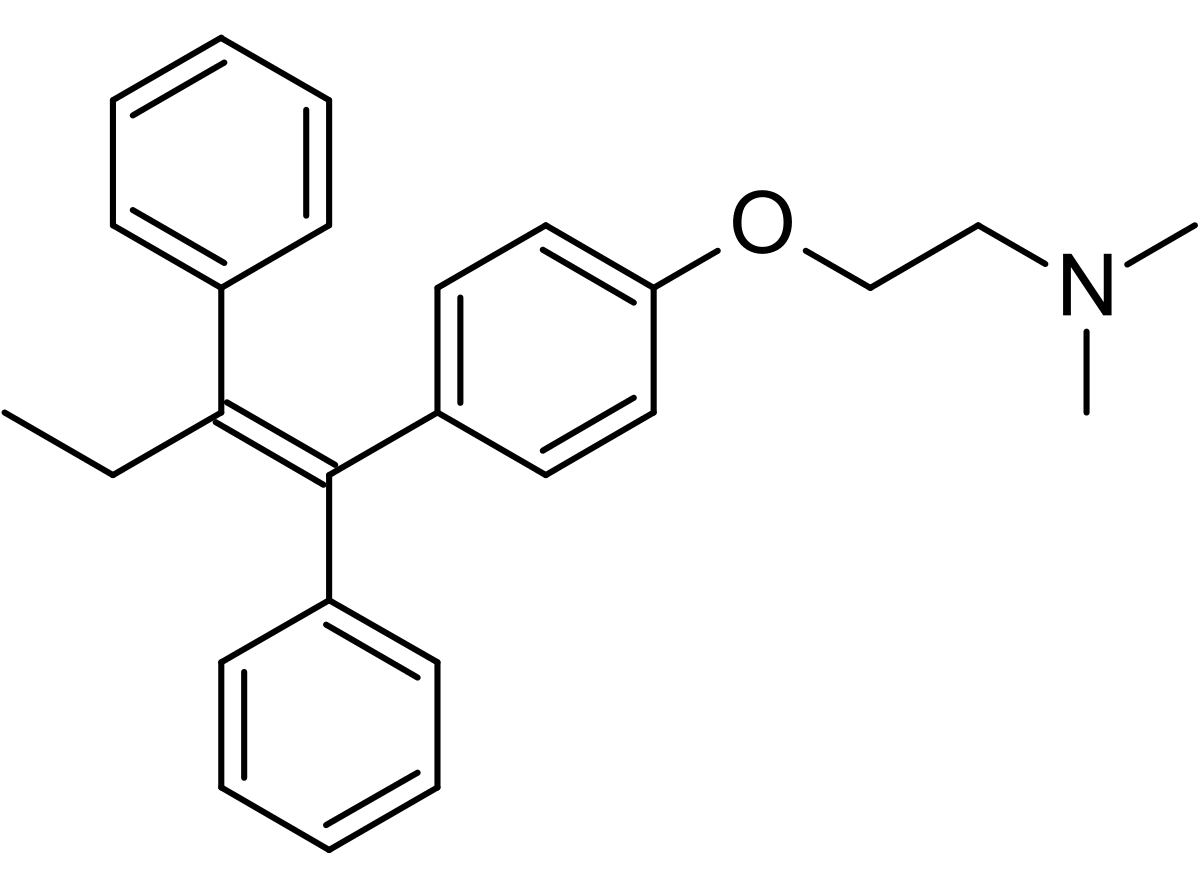 Its Chemical Abstracts Index Name is: Ethanamine, 2-[4-[(1Z)-1,2-diphenyl-1-buten-1-yl]phenoxy]-N,N-dimethyl-. It's easy to see why people would not choose to use this name in conversation, media, or even in a technical paper.  Fortunately, Chemical Abstracts Service provides a good alternative to names with the CAS Registry Number.  If you'd like to know where to find Registry Numbers, visit the Organic Chemistry Tab for more information.  The CAS number for Tamoxifen is 10540-29-1. Use this number instead of its name when you search in a chemistry-focused database such as SciFinder, and you'll get much better results.  However, CAS numbers are not included in more general databases such as Web of Science or Google Scholar.

Google Scholar is a great way to find scholarly articles or book citations.  After searching, look for features in your results that can help you find related articles: